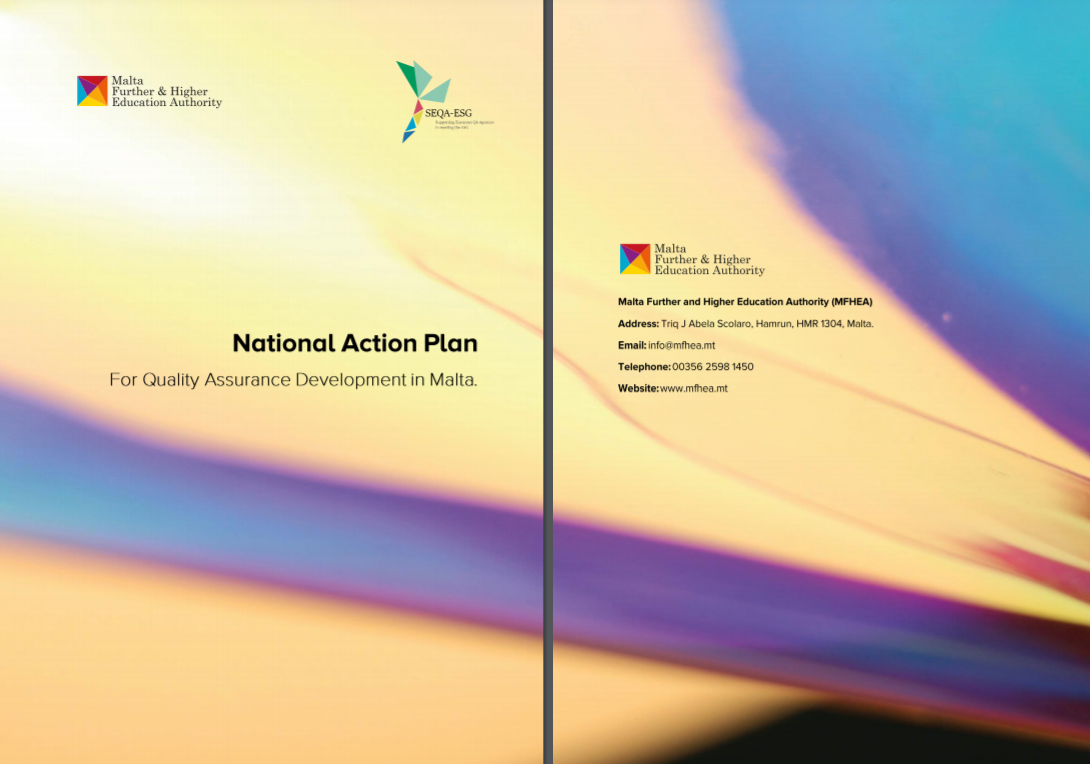 The Malta national action plan identifies priority areas and related objectives, which are intended to direct the activities of the Malta Further and Higher Education Authority (MFHEA) in the coming year. In line with the Authority’s aim of developing and enhancing quality assurance in the Maltese higher education sector, the national action plan includes the alignment of the agency’s core procedures with the European Standards and Guidelines for Quality Assurance in the European Higher Education Area (ESG).

A working group of 8 people was set up by the MFHEA early in 2021 to contribute to an initial draft, in line with the Authority’s 2030 Strategic Vision for Further and Higher Education in Malta. A variety of stakeholders drawn from different sectors of society were invited to discuss the Authority’s short and long-term objectives for sustaining and developing quality standards in Malta’s further and higher education areas.

The implementation roadmap for the action plan will include a detailed timeline, outlining the responsibilities and personnel involved as well as planned outcomes to ensure that the Authority reaches its stated objectives.